How a long standing partnership supported SOM in Hong Kong. 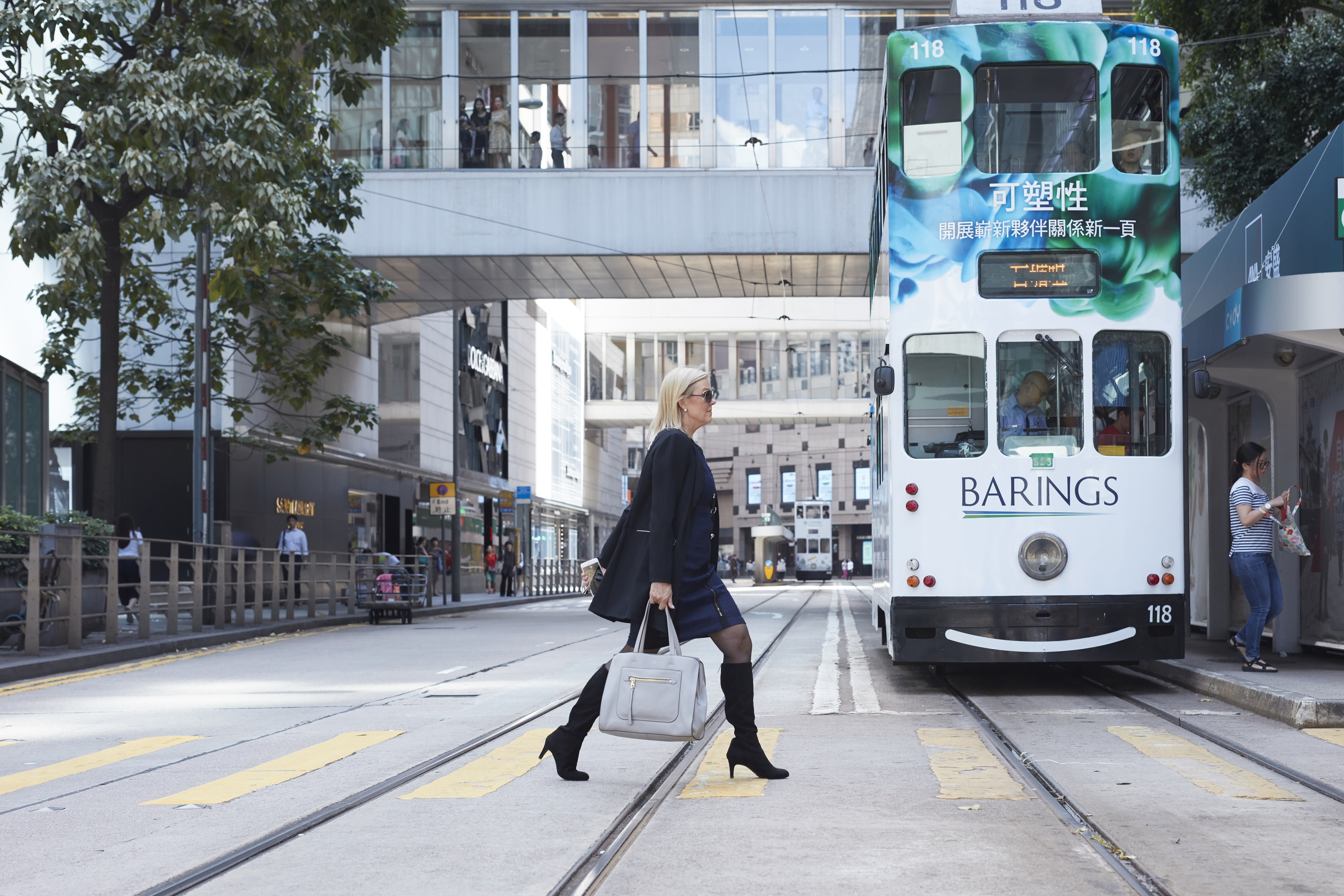 Ame Engelhart, the Hong Kong Director of architecture firm Skidmore, Owings & Merrill on partnering with The Executive Centre to create a truly bespoke

At The Executive Centre, our members are the heart and soul of everything we do. In this series we’ll be spotlighting some special success stories and celebrating the relationship between TEC and our members from centres around the world.

Ame Engelhart, Director of Skidmore, Owings & Merrill Hong Kong
(SOM), arrived in the city almost 24 years ago, expecting to spend six weeks on a project before returning home to New York City. Now at the helm of the Hong Kong operation of one of the oldest and best known American architecture firms practicing today, she reflects on a prolific career in the city she never quite got around to leaving. “I’ve really been very fortunate to work with SOM here in Asia. Because we come with such gravitas we get to work on some of the most important projects happening in every major city in the region.” 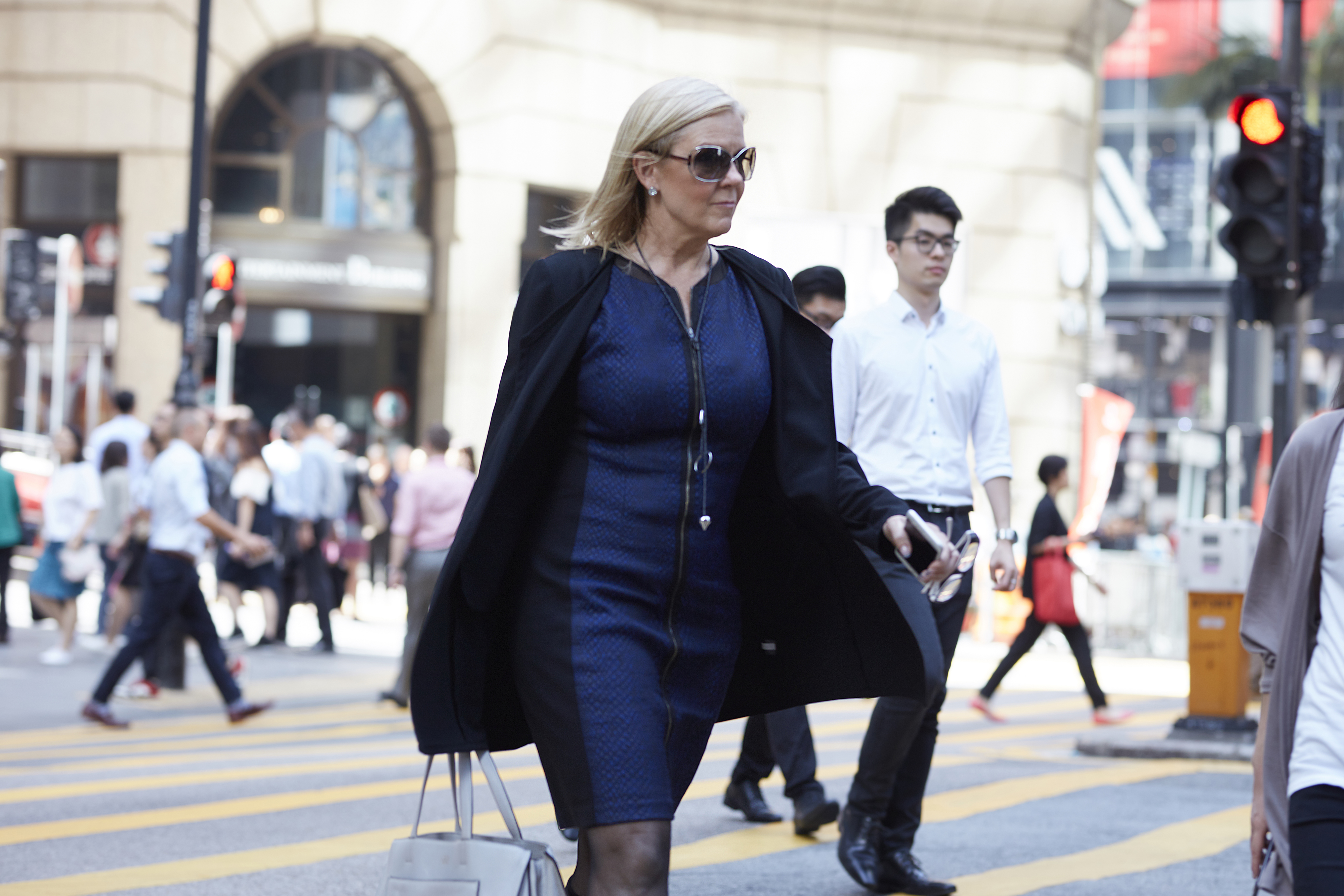 Formed in Chicago in 1936, SOM now has offices spanning the globe, from Hong Kong to New York, London, Dubai, Shanghai and beyond. The Hong Kong office of SOM have been members since 2004, and TEC have been proud to support them as they have grown and evolved over the years. SOM is well known for creating some of the tallest buildings in the world, like the first real skyscrapers in Chicago, or more recently, the Burj Khalifa in Dubai and the Tanjong Pagar Centre in Singapore. “Here in the Asia practice, we are working in all the main cities across China and Southeast Asia, working with developers and city planners on the future of urbanism in Asia.”

Evolving space for an evolving team

Creating the perfect workspace for SOM has been a collaborative process based on the unique needs and continued evolution of their Hong Kong office. Not only has the size of the team fluctuated over the years, SOM also had very specialised needs in terms of the functionalities of their space. TEC has been able to support SOM by ensuring ample natural light, providing neutral furnishings and plenty of wall space for the team to display and discuss work that is in progress. Ame explains, “Over the last 13 years, we’ve really needed different things at different times. There were times when we had six or eight staff on the ground and needed more seats. There were times when we needed a permanent meeting room for two months. There were times when even though we were running a small office, we still needed a place to host larger meetings in an atmosphere that was in keeping with our home offices in the United States. In each of the ways and forms we needed to work, TEC collaborated with us to meet our needs.” 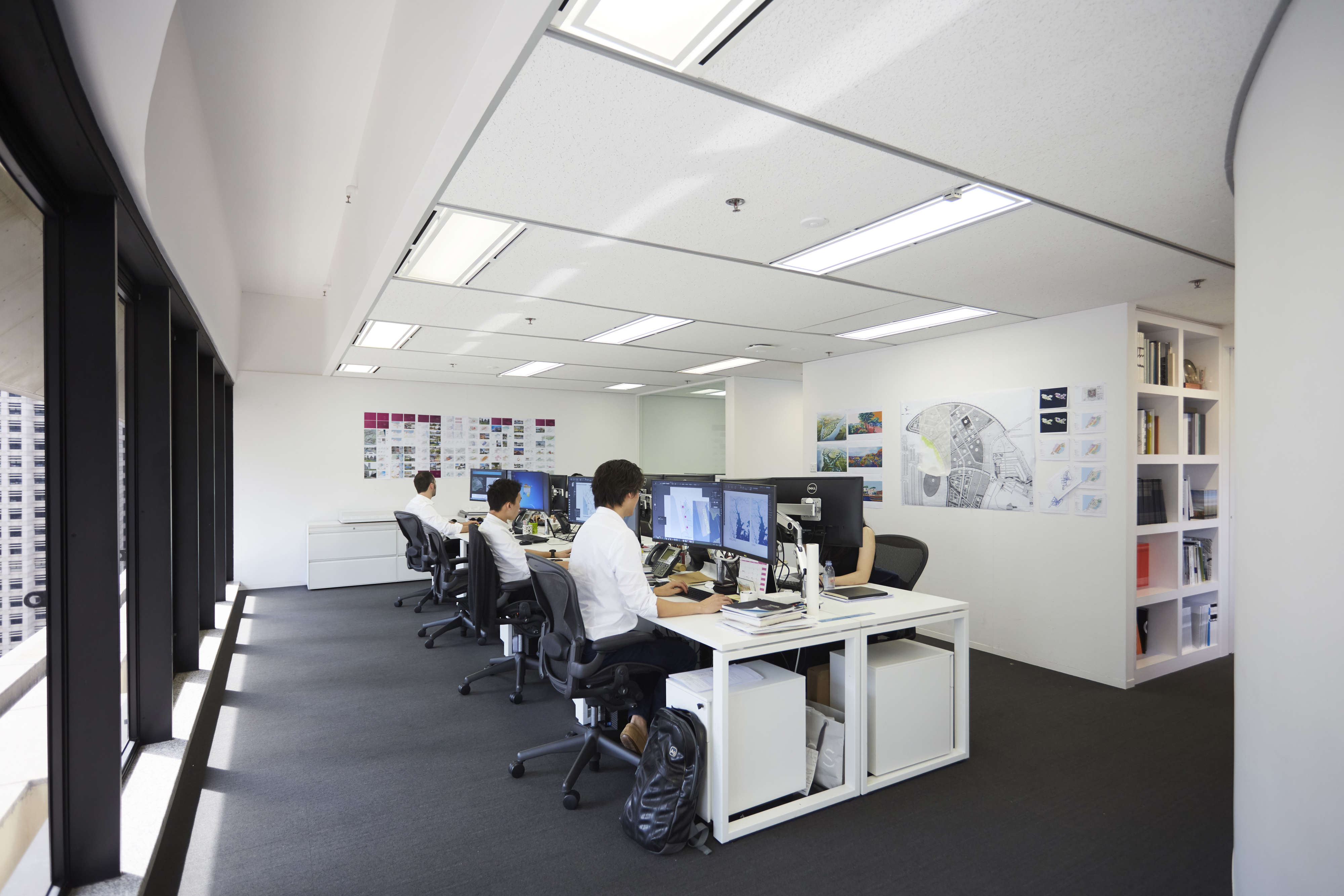 The SOM team at work in their bespoke workspace.

This ebb and flow has been a natural response to the unique demands of both local and regional markets. Before joining TEC in 2004, Ame visited many other serviced offices around the city. However, as an architecture firm with very particular functional  requirements and a precise aesthetic vision, finding the right space was not easy. “We selected The Executive Center [as] our new home, mostly because the quality of space and the aesthetics were more in line with the design ethos, the design excellence and modernist aesthetics that SOM represents.”

Three years ago SOM made the decision to open a larger urban design and planning office in Hong Kong as a way to best serve their clients across Southeast Asia. Ame admits that they really did consider whether it was time to take on their own lease, but, given the specialised needs of the team and the longstanding partnership with TEC, it just wasn’t right. TEC was able to work with SOM to create a truly bespoke space that was designed specifically to meet the needs of the team, taking care of everything from their own front door, to a large bright studio space with an open floor plan and generously proportioned conference room. “They really designed it exactly to meet our needs, handed over the keys, and it was so easy for us to walk in and takeover our own office environment.” 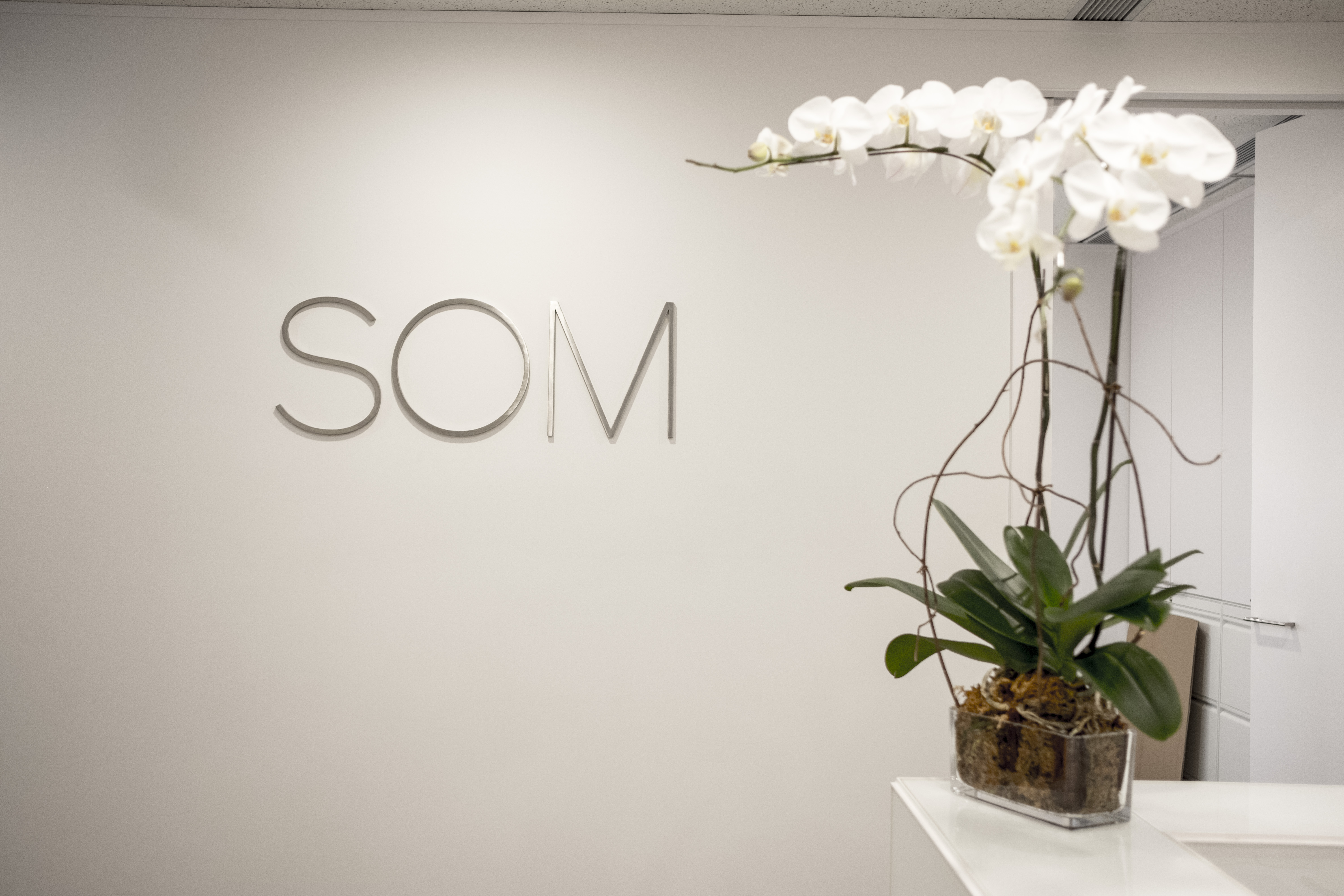 Ame and her team had very specific and intensive I.T needs, all of which continue to be managed in-house by TEC. From drawing files, to videos and presentations, as data-heavy users working with large files, the team needed to be able to share their work with clients and SOM offices around the world quickly and efficiently. “If any of our staff are having problems with software or connectivity, we call the help desk and someone is on the ground to support us instantly. So that’s been really great too, that we didn’t have to outsource for another I.T. provider. All of our I.T. needs can be supported in-house on a 24-hour basis.”

Ame describes the SOM ethos as one that absolutely foregrounds design excellence. “We’re not really about being the biggest architecture firm in the world, we’re about being the best. We’re about representing a level of quality in every project that we do.” One of their most recent projects in the region is the newly completed Tanjong Pagar Centre for Guocoland in Singapore, which now stands as the tallest building in the Lion City. “It was a really unique opportunity to create a new, modern, large scale mixed-use neighbourhood. It’s virtually one of everything within the city; office, residential, retail, commercial, as well as a large public park and civic plaza.” 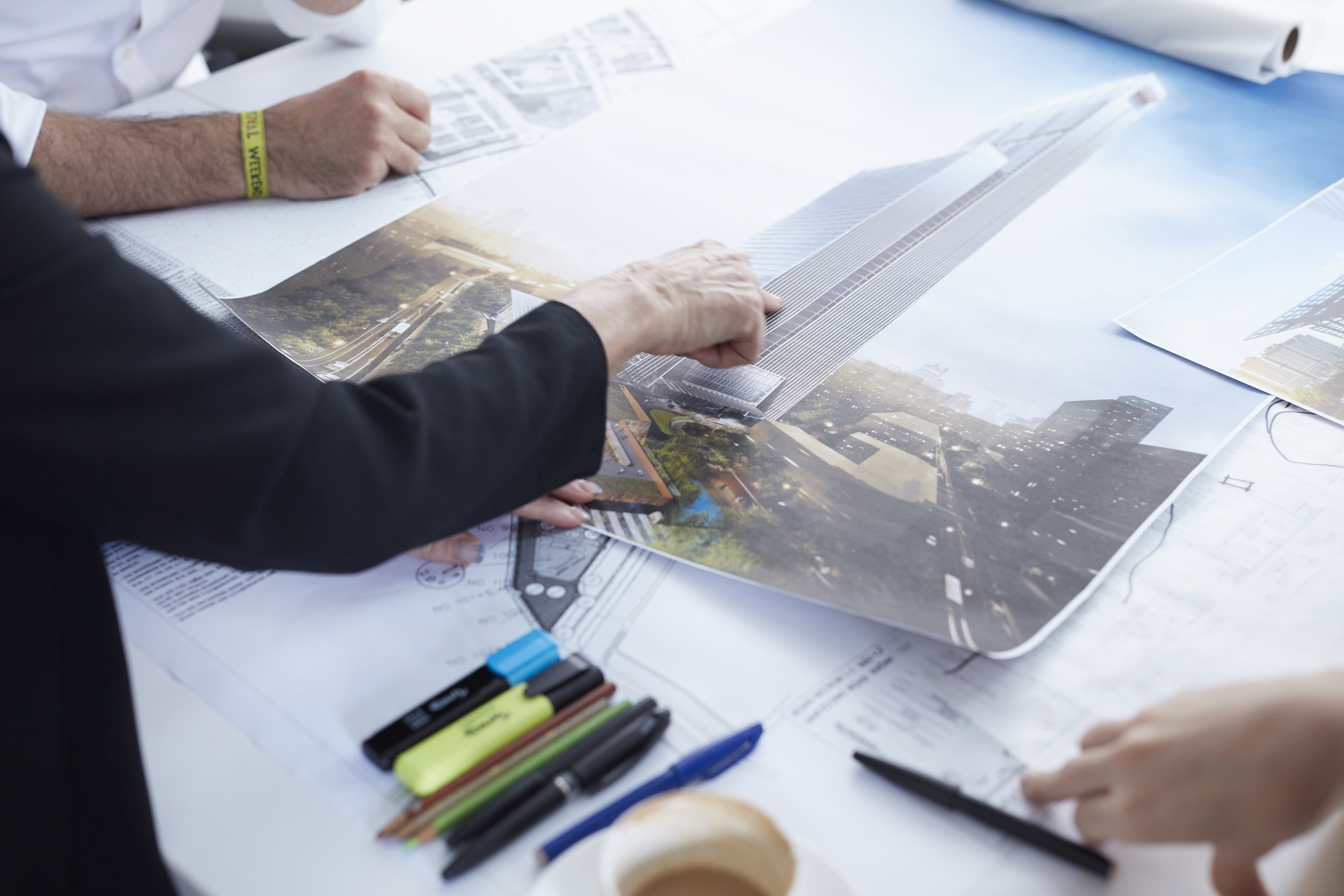 The Tanjong Pagar Centre in Singapore is now the tallest building in the city.

Working in Asia  of course presents its own unique set of challenges and opportunities. “I feel like the expertise at SOM can really help the clients, the urban planners and the government agencies we’re working with solve some of the serious challenges of urbanisation, environmental change, sea level rise, population growth and density so we can enjoy a successful future for our planet. That really brings me a lot of joy, that I get to work on such significant projects across the region.”

So what does the future hold for Ame and her team of urban designers? Currently they call the Hong Kong Club Building home, but Ame explains that the time has come for the team to grow as they will be taking on additional staff in the coming months. “I’m proactively working with the management at TEC to identify options in line with our growth strategy. They really are committed to keeping us as a client.” Indeed, come early 2018 SOM will move to a new home in Chinachem Tower Central. The new bespoke space will be thoughtfully customised to best serve the needs of the growing team. This latest chapter is an exciting time for both SOM and TEC. It marks the continuation of a partnership that has developed over the last 13 years, one that has mutually supported the growth and expansion of both companies. Ame is reflective, “It’s been 13 years so far and i’m optimistic that this will work out. I’m optimistic that our partnership will continue going forward.” 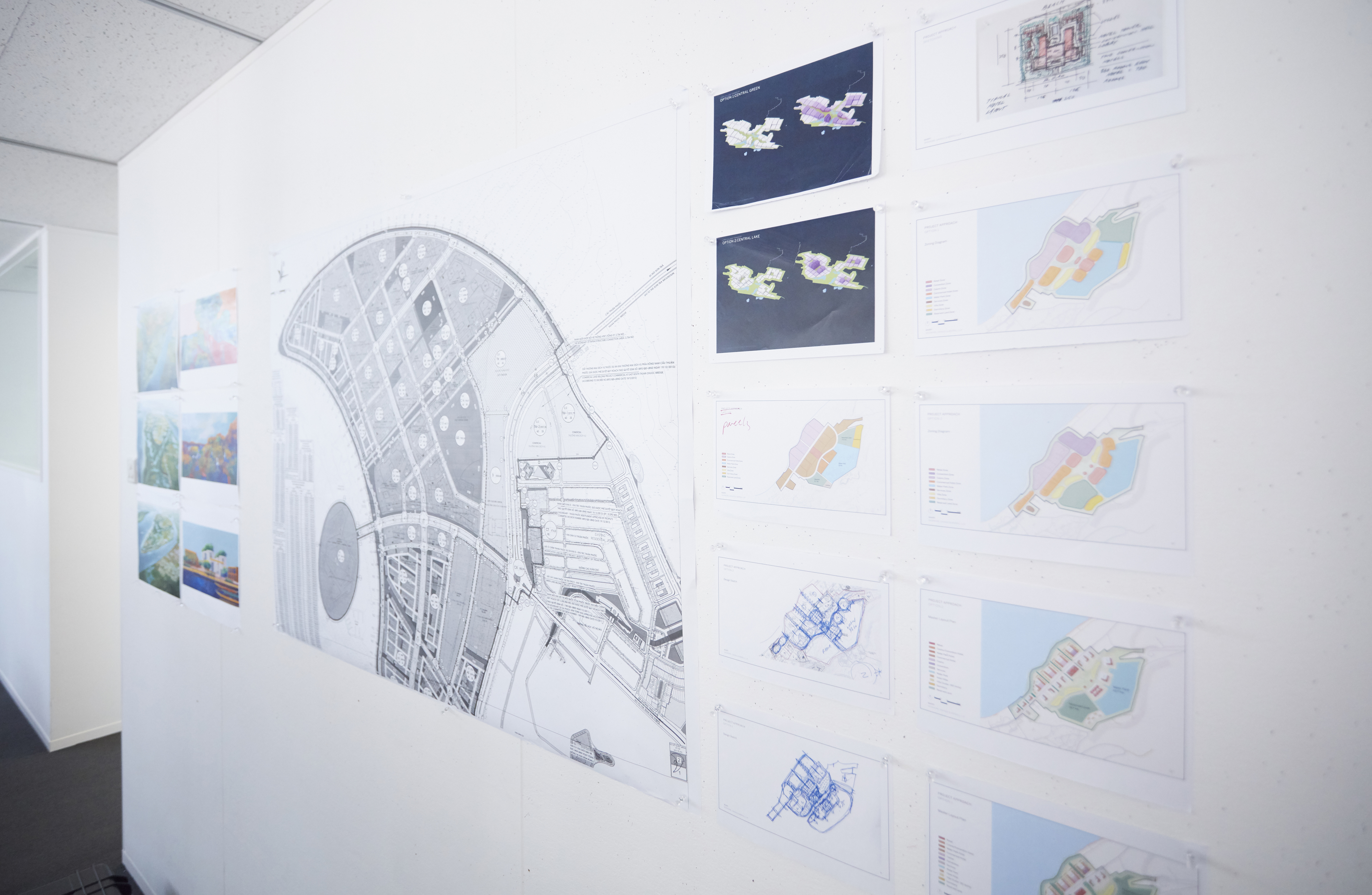 SOM will move to their new home in 2018, another bespoke space that will support the growth of the team and their ongoing projects in the region.